Moorgumpin meaning "place of sandhills" is the Aboriginal name for Moreton Island. Moorgumpin lies within the area referred to as Quandamooka, which is commonly defined as the region of the indigenous people of Moreton Bay and its islands. The indigenous people of Quandamooka include the Ngugi (Moreton Island), and the Gorenpul and Nunukal clans (North Stradbroke Island). Extensive site surveys have established that the Ngugi people lived on Moreton Island on a permanent basis maintaining a marine-based lifestyle for over 2000 years. Fish, shellfish, dugong, turtle and crustaceans formed a major portion of their diet, which was supplemented by bungwall fern Blechnum indicum, midyim berries Austromyrtus dulcis, pandanus and honey. Their connection with the land and sea has a strong spiritual basis and some animals are strongly linked with traditions and customs. Archaeological sites on the island are important to the Ngugi descendants as a reflection of their heritage. Up to 330 cultural sites have been recorded and include shell and bone scatters, large shell middens and a stone quarry. 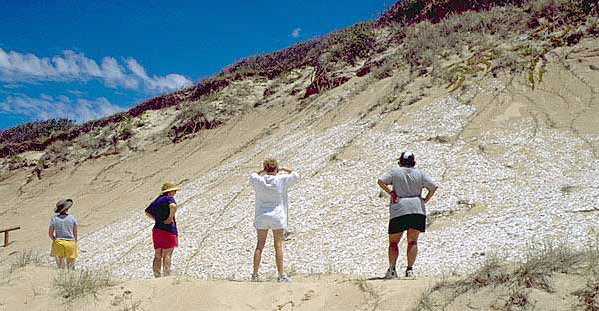 Captain Cook made the first recorded European sighting of Moreton Bay and Moreton Island in 1770, followed by Matthew Flinders in 1799. European settlement began in 1848 when the Amity Point pilot's station on North Stradbroke Island was relocated to Cowan Cowan, Moreton Island. The move was due to several shipping disasters through the South Passage. The northern end of Moreton Island became the main passage to Brisbane. In 1857, convicts built Queensland's first lighthouse from local sandstone at Cape Moreton. These days the light is fully automated. .A telegraph line was built in the 1890s to service the Cape Moreton lighthouse and link North Stradbroke Island, Kooringal and Bulwer with the lighthouse. In 1952 the line was abandoned, but relics of the old line are still visible along the Bulwer to North Point track and the Telegraph Road. A further signal light was built at Cowan Cowan in 1874, followed by a lighthouse in 1899.

As the Brisbane settlement grew, shipping activity increased, which led to many shipwrecks and much loss of life at sea. Graves of some of those who perished remain on the island today. Queensland's only whaling station operated at Tangalooma from 1952 to 1962. Remains of the whaling station are now part of the Tangalooma Resort facilities. Sandmining exploration began on the island in 1947. After successful lobbying the last mining leases were surrendered in 1992 and the lands then added to the national park. Major coastal defence bases were located on Moreton Island during the world wars. In World War I, Cowan Cowan Point provided the main defence base. Very little evidence of this base remains due to natural sand movement along the west coast of the island. World War II saw two large defence battery-complexes built - one at Cowan Cowan and the second at Toompani Beach (the Rous Battery). During this war, the Rous Battery track, Middle Road, and a naval base and jetty were built at Tangalooma. The remains of the batteries and a variety of other relics are still present and contain items of historic interest.
Main Source: Queensland Government Parks and Forests 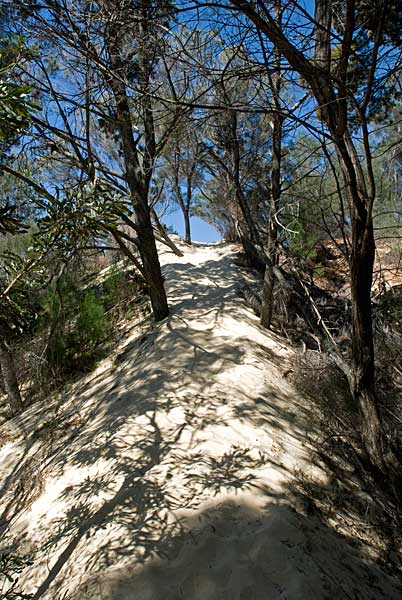